The startup metropolises in Europe

The USA is still the leading startup nation, but Asia, and especially China, is catching up fast. And what is the situation in Europe? Which metropolises are ahead here and how are the German hotspots performing in international comparison? Different studies come to different conclusions, but the number one is undisputed.

Silicon Valley is and remains the hub of the startup world. This is the conclusion reached by the Global Startup Ecosystem Report 2020, which evaluates almost 300 cities and regions. In six categories, up to ten points were awarded each, and the Valley scored the highest value almost everywhere. Second place is shared by New York and London. The next European capital is only in tenth place and it is, somewhat surprisingly, Stockholm. The region of Amsterdam in twelfth place was not necessarily to be expected that far ahead, while many would probably have rated Paris (13) and Berlin (16) somewhat higher.

Germany twice among the top 40 in the world

After that, it takes a while until the region of Berne-Geneva (a geographically somewhat odd combination) and Munich, both in joint position 31, appear as two more European startup ecosystems. Copenhagen and Dublin (both 36) are also in the top 40. So Europe does not even occupy 25% of the places in this ranking, Germany being the only country on the continent with two representatives. By comparison, the USA have 14 and China seven.

In addition to the Top 40, the report also lists the 100 “Emerging Ecosystems” as the most promising up-and-coming players. From Europe, Zurich, Helsinki, Barcelona, Madrid and Manchester-Liverpool made it into the top ten. A total of 38 European startup ecosystems made it into this ranking. From Germany, Hamburg (21-30), the Rhineland (41-50), Frankfurt and Stuttgart (both 61-70) are also in the ranks. Looking again at the top group, it is noticeable that both Berlin and Munich have lost ground, going down six and five places respectively compared to 2019. The cities achieve the best results in the “Connectedness” category. So networking seems to be a German specialty.

However, this does not matter in the ranking list that EU-Startups has created. The criteria here are relatively straightforward: as a preliminary filter, the places of origin of the website visitors, then the number of startups founded in the last three years, and finally the total amount of funding in the last twelve months. The results are quite pleasing from a German perspective. Here too, London is the undisputed leader. But then Berlin follows ahead of Paris, with the two of them in a neck-and-neck race. Amsterdam, Barcelona and then Munich follow up. Stockholm, so highly ranked in the global evaluation, only manages eighth place here.

Another significant difference is that Munich is one of the rising stars at EU-Startups; in the previous survey in 2018, it was only in tenth place. Hamburg is also among the winners, having made it into the top 15 for the first time, albeit only just to 15th position. How plausible or transparent the evaluations cited so far are is certainly open to debate. That is why we take a closer look at a report that deals exclusively with startup funding: the EY Startup Barometer Europe.

We have already reported on the issue for Germany, which confirmed Berlin’s special position. The Europe Barometer published in April 2020 now helps to put these results into a broader context. For this purpose, a total of 4,246 financing rounds with a volume of 31.113 billion euros were evaluated for the year 2019. According to the survey, most money went to the UK (11.115 billion), followed by Germany (6.078 billion) and France (5.030 billion).

London plays in its own league in Europe

Not surprisingly, the city rankings are: London ahead of Berlin and Paris, whereby the capital of Great Britain has collected considerably more money – 9.111 billion euros – than the capitals of Germany and France together, which are almost on a par with each other at a good 3.5 billion. In fourth place, Stockholm confirmed its reputation as a startup hotspot with 1.494 billion euros, closely followed by Munich with 1.424 billion. Hamburg, with 254 million, still came in 14th place, and in terms of the absolute number of deals it even managed to reach ninth place.

Conclusion: On a European level, London is playing in its own startup league, and the quarrels surrounding the Brexit have not been able to change that. However, it is not yet possible to predict what the final exit from the EU will result in and whether the Corona crisis could upset the European balance of power. For the time being, the next places at any rate belong to Berlin and Paris, which are operating fairly on an equal footing, and Stockholm. From a German perspective, Munich is still at international level, and Hamburg is at least scratching at it. 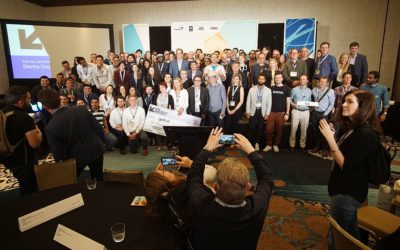 For the twelfth time SXSW offers startups from all over the world the opportunity to draw attention to themselves. Due... 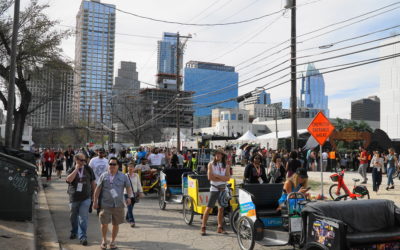 For many years, people from the creative and digital industries have been traveling to Austin, Texas every March from...