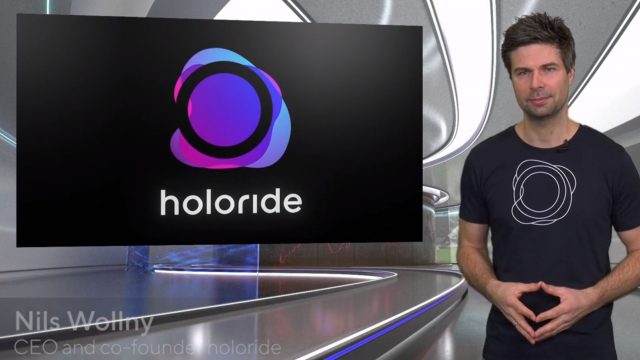 Saturday, 9 p.m. Central European Winter Time: The german.innovation team sat waiting, fingers crossed in nervous excitement. Five candidates were competing against each other in eight categories, with two German startups in the running for the SXSW Pitch 2021 finals: ConstellR from Freiburg in the “Innovative World” category and holoride from Munich in “Entertainment, Gaming and Content”. In the end, there was indeed a double victory, but not quite the one expected.

“And the winner is: …holoride!” As these words were streamed live from SXSW 2021, cheers broke out among the team. The Munich-based startup had been able to best strong international competitors, two of them from SXSW’s own city of Austin. Obviously, holoride’s idea of turning monotonous car trips into exciting virtual journeys, for passengers only, of course, was most convincing. The technology uses the exact movements of the vehicle both to enrich the virtual experience and to prevent motion sickness. You can read more about how this works here.

From a German point of view, the evening had already had its first highlight. The excitement didn’t let up there, though, as shortly afterwards ConstellR’s category was up. This startup plans to launch satellites into space to precisely measure the temperature of agricultural land. This will make it possible to determine optimal irrigation and predict droughts. In times of climate change and an ever-growing world population that needs to be adequately fed, these are crucial issues (learn more about ConstellR here). However, the jury decided in favor of the American startup MollyWorks, which is breaking new ground in recycling metal. Certainly also a worthy winner.

Though there wasn’t the hoped-for double victory, there was a still big surprise in store. In the category “Best in Show,” holoride was crowned the competition’s overall winner! Obviously, the complete package of pitch and product was the most persuasive. Our congratulations go to the holoride founders Daniel Profendiner, Marcus Kühne and Nils Wollny, but also to Dr. Max Gulde’s ConstellR team, who did a great job representing the German startup scene at SXSW 2021. Here’s to similar success next year. If all goes well, live in Austin!

← Prev: QVC NEXT>IN SUSTAINABILITY: Here Are the Winners in the Categories Fashion, Beauty and Food! Next: Addionics Wins the Pitch from Lufthansa FlyingLab →

The page you requested could not be found. Try refining your search, or use the navigation above to locate the post.